About the international Team 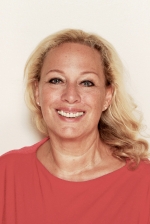 Dominique Espaze is a coach, a trainer, a speaker and has been a supervisor of hypnotherapists and NLP practitioners for over 9 years. She coaches artists, therapists, managers, entrepreneurs and high-potential individuals. She lived in Asia and the Middle East for 18 years and, then a theatre director, created Dewa Consultants in Singapore to create plays, teach and direct stage artists.

Now in Europe, she works to spread self-understanding and the tools of personal development. She is specialized in inner leadership and creativity. She is the author of a method of actor’s training and actor’s directing which she teaches in France. With the assistance of an informal network of scientists and artists, she does research on the mental processes of individuals with atypical sensibilities like hypersensitive, high potential or Asperger individuals.

After studies in Arts, in Acting and in the Art of Movement (Eurhythmy), she worked with handicapped children in psychomotricity and Art therapy, wrote plays, poetry and essays, created and led a theatre company in Paris.

A Master Practitioner in Ericksonian Hypnosis and NLP, she also was trained in EFT (Emotional Freedom Techniques) by Dawson Church (National Institute for Integrative Healthcare, bestselling author of The Genie in your Genes). She was trained in NLP by John Grinder (one of the two founders of NLP) and Robert Dilts (one of the main developers of NLP). She was trained in hypnosis by ARCHE, the foremost Ericksonian Hypnosis School in France and by Stephen Brooks (BHRTS British Hypnosis Research and Training School) and Bill O'Hanlon, one of the disciples of Milton Erickson. All of her experience and research gives birth in 2018 to the Phoenix Capacity® Method. 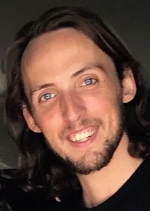 David Espaze is a systemic Coach who lives in Paris and Portugal after living for over 10 years in Asia and the Middle-East. He is also a practitioner in Ericksonian Hypnosis and NLP. As a coach, he specializes in goal building and creativity. A second-dan black belt in Taekwondo, he has also developed an expertise in coaching high level athletes. He is now a trainer in the Phoenix Capacity® Method.

After a Masters in Theoretical Physics at UPMC Paris, where he had the opportunity to co-sign various publications, he was trained in Coaching by LinkUp Coaching (the French leading state-recognized coaching school) and awarded a Master-level certification in Coaching (RNCP Level 1). He was trained in NLP and Hypnotic Patterns for Learning by Richard Bandler (one of the two founders of NLP) and in Hypnosis by Kevin Finel (ARCHE) in Paris and by Bill O’Hanlon. 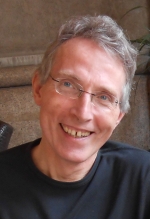 Bruno Espaze was Regional Chief Risk Officer (CRO) for Credit Agricole for the Middle East and then in Italy, after various senior positions with this bank for about 15 years in France, in Asia and in the Middle-East. He developed an expertise in training individuals and teams and had numerous opportunities to conduct seminars in Asia, in Egypt, in Yemen and in the GCC.

In parallel with his professional career, he developed strong interests in understanding the working of the human psyche. He studied Kung-Fu and Wu-Shu, traditional Chinese martial arts, with Chinese Masters T. Shing and A. Wong, and Taekwondo in Korea. He practiced yoga, traditional breathing and meditation techniques for over 20 years with European and Asian teachers.

In 1988, he co-created in France with 3 other people, the “Symposium Science et Conscience” in the Chateau d’Artigny, featuring renowned scientists, philosophers, artists and psychologists such as Karl Pribram, Leonid Plioutch, Gideon Carmi, Stanislas Grof, Albert Jacquart, Rupert Sheldrake, Francisco Varela and many others.

He holds an MBA from Audencia Business School in France, and graduated in psychology from Tours University. He was certified a Hypnosis practitioner by ARCHE, the leading French Hypnosis School in 2013. He is also a practitioner of the Phoenix Capacity® Method.